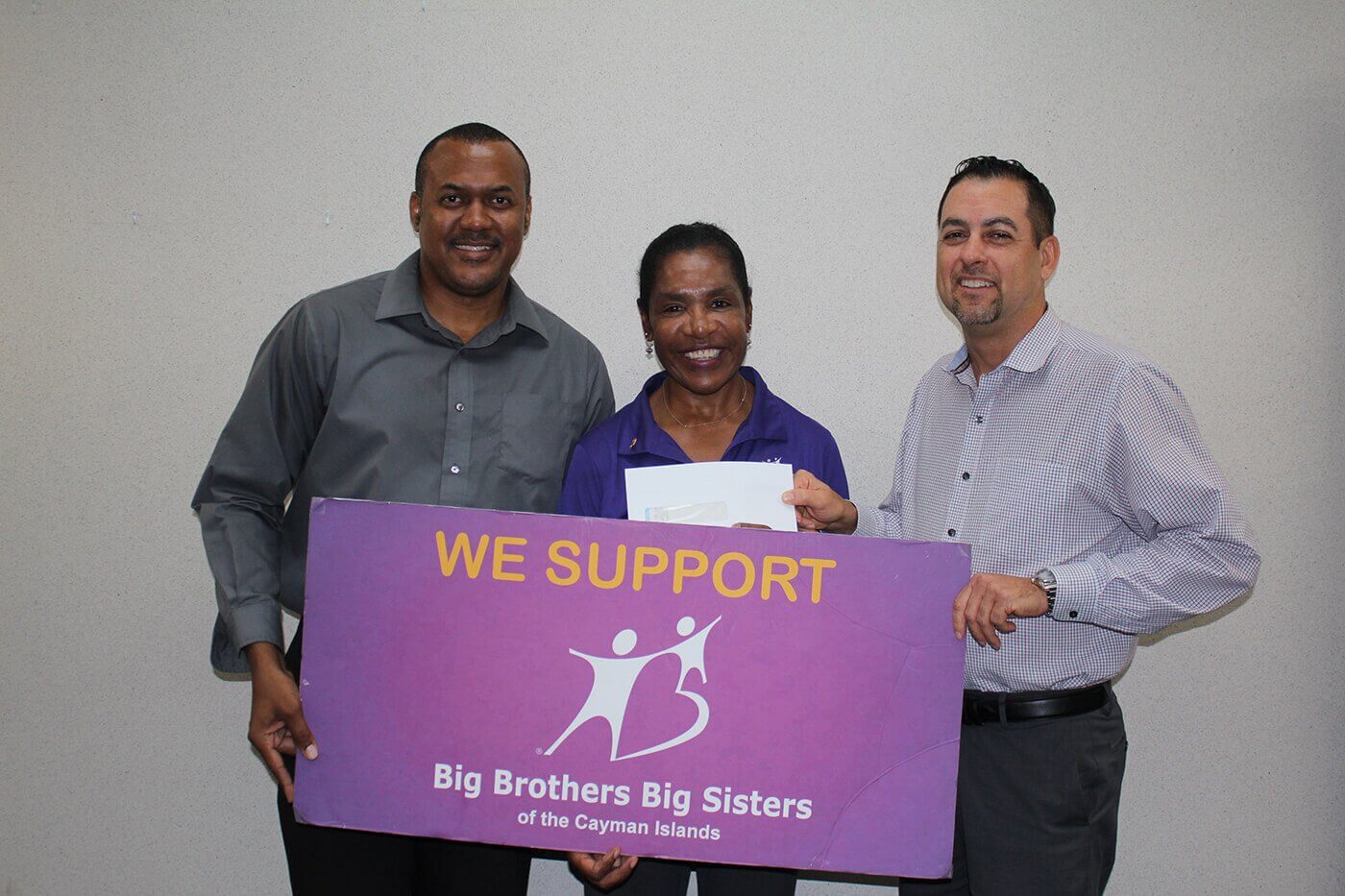 The money was raised through the 1000 Man March’s annual Father’s Day walk/run.

The organizers of the 1000 Man March outreach are pleased to present the activities of the year 2015.

Over 12 men donated blood to the blood bank at the H.S.A.

We held our signature event on March 28, which featured 5 overseas speakers. Over 100 men attended and the feedback was very encouraging.

In June, we sponsored a young Caymanian, Shamal Williams to attend the Lifeway Men’s Conference in Nashville Tennessee.

The fourth annual Father’s Day Walk/Run was sponsored by Saxon. Over 50 walkers and runner participated.

During the month of October we facilitated a weekly small group fellowship.

Thank you to our sponsors throughout 2015.

Members of the 1000 Man March outreach organization have stepped up to the challenge to donate blood.

As part of the organization’s community service initiative, 12 members recently donated blood in response to an appeal by the Health Services Authority.

“We heard about the appeal for donors … and we decided to step up to the challenge,” said Phil Jackson, past president of the organization.

According to Mr. Jackson, two of the group’s youngest members, Reuben Powell, 19, and Jon Michael Rankin, 20, were among those who participated.

Mr. Rankin said the media often reports the negative things young men do, but there are also some who want to have a positive impact in their community.

“We are a Christian men’s organization and believe Jesus gave his blood for us, so we took this as a great opportunity to give back and have a direct impact on someone’s life,” he said.

“We hope this will encourage other organizations and challenge men to donate something that is free but could help save lives.”

The 1000 Man March organization describes itself as a non-denominational kingdom-building group of men, started in 2010 to mentor and inspire young men by changing their mind-set in order to strengthen families and marriages, and for men to play an active role in their families and community.

As published in the Cayman Compass

The organizers of the 1000 Man March outreach are pleased to present the activities of the year 2014.

Kingdom Man Study
During the month of March, we had a weekly Saturday night fellowship and study of Dr. Tony Evans Kingdom Man. Approximately 18 men started and finished the entire program and we then gave the DVD to Church of God Bodden Town to use for their Men’s Ministry. We also donated books and materials to the Prison Fellowship as prisoners participated in the study as well.

Father’s Day Essay Contest
The second annual Father’s Day Essay Contest was held in 2014. Seven schools participated and over 75 essays expressing “What My Father Means to Me” were submitted in the competition. The five finalists were chosen by judges and the first place prize was a brand new iPad Mini among other prizes. Jelani Hanson from GT Primary School was the overall winner. The contest is an initiative to bring recognition to great fathers in our community.

Father’s Day 5K Walk/Run
The third annual Father’s Day 5k Walk/Run was held in 2014. Over 50 walkers and runners met early morning at Smith Cove Bacadere to participate this year. The walk continues to serve as an opportunity for fathers to exercise and bond with their children.

Board Leadership
We bid farewell to Rev. Leslie Pinnock who moved back to Jamaica. We welcomed 3 new members to the Board Thomas Ebanks, Olivaire Watler, and Neil Brown.

“What My Father Means to Me”

Help us raise awareness about the importance of fathering and recognize fantastic dads. Winning essays will be published on our website at www.1000manmarch.com.

Who Can Participate: Children ages 7-12
When: Essays are to be submitted by June 20
The Essay Should Cover: Why is your Dad special? Why are Dads important?
Why do you love your Dad? What makes a great Dad?
What activities does your Dad do with you?

Prizes and Gift certificates include: